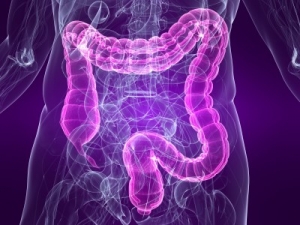 A recent New York Times piece, How Doctors Helped Drive the Addiction Crisis, highlights a serious problem that I have been researching and speaking about for years: the adverse effects of chronic and high dosages of opioids on the GI tract.

The article highlights the results of a new study that suggests that there has been an alarming and steady increase in the mortality rate of middle-aged white Americans since 1999.”

Much of the excess death is attributable to suicide and drug and alcohol poisonings. Opioid painkillers like OxyContin prescribed by physicians contribute significantly to these drug overdoses, according to the article.

Up to 40% of the adult population suffers from chronic pain, resulting in considerable impairments in quality of life, losses of productive time, and indirect costs that have been estimated to exceed $60 billion in the United States alone. Opioids are used extensively in moderate-to-severe cancer and noncancer pain, and as the importance of appropriate pain management becomes increasingly accepted by physicians, patients, and society it is likely that their clinical use will increase. In fact, at present ~3% of adults in the United States are receiving opioids for chronic noncancer pain, and 250 million prescriptions for these agents are filled annually.

Opioids can have profound effects on gastrointestinal functioning, often slowing down the bowels and producing constipation, nausea, vomiting (gastroparesis) and even paralysis of the intestines (pseudo-obstruction). These are all related to the effects of opioids on the GI system. One of the most prevalent (affecting up to 50% of those on chronic opioids) is opioid induced constipation (OIC). Patients develop severe constipation which at times is difficult to treat but recently new medications called PAMORAs (peripherally acting mu opioid receptor antagonsts) are showing benefit to patients with this type of problem.

But In addition opioids can affect the brain and spinal cord to paradoxically produce pain which we call opioid induced central hyperalgesia (OIH) defined as increased nociception, either related to an area of prior pain or in a new region that fails to improve or worsens with escalating opioid doses.  Narcotic bowel syndrome is one example. It is the paradoxical development of chronic abdominal pain, which is an under recognized side effect of opioid use. Narcotic bowel syndrome (NBS), occurring in a small proportion of chronic opioid users, maybe 5%, consists of chronic or intermittent abdominal pain, which often increases in severity despite continued or escalating dosages of opioids prescribed to relieve pain. It is an often under recognized side effect of opioid use; in fact, many clinicians are unaware that continued opioid prescription can cause iatrogenic exacerbation of the very pain being treated. Lack of awareness of the potential for narcotics to sensitize patients to the experience of pain can lead to a vicious cycle of pain, repeated health-care visits, and escalation of narcotic dosage, and frequently ends in hospitalization.

In a 2014 article published in The American Journal of Gastronterology, I warned that since rates of NBS are likely to rise, integrated intensive pharmacotherapy and psychosocial interventions are needed to help patients with NBS go off and stay off opioids; and suggested that these programs will likely also reduce comorbid psychopathology and lead to adequate pain control and improved quality of life.

In light of these recent and dismal findings as reported in the NYTimes article, I invite clinicians to read the complete 2014 Red Journal article, which suggests that exogenous opioids, while providing significant and much-needed pain relief to patients who suffer from moderate to severe chronic pain, have a range of adverse effects that must be addressed in clinical practice, not the least of which is NBS. It is clear that the potential for opioids to induce hyperalgesia—and particularly chronic abdominal pain—must be better detected so that inappropriate treatment with escalation of the dosage of the offending drug can be prevented.

Fundamentally, the primary treatment for NBS is withdrawal from narcotics, if possible depending on the patient’s underlying disease state that causes the pain. A formal withdrawal protocol has been developed that has met with considerable success in a small population of patients with NBS as I’ve published in The American Journal of Gastroenterology in 2012 Access the article. So just like opioids can paradoxically cause pain, removal of the opioids can reduce the pain

Not only must better strategies be developed to treat NBS by stopping opioids and treating with alternate pain management options in the short-term, but long-term biopsychosocial approaches are needed to prevent recidivism while still maintaining an improved quality of life.